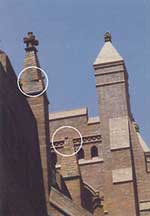 At 10.27 am on Thursday 28th December 1989, Newcastle was struck by the first significant earthquake to affect an Australian urban area. The earthquake, registering 5.6 on the Richter scale, had an epicentre approximately 14 km south west of the Cathedral.

During the earthquake high set stone crosses and other decorations fell to the ground and flying buttresses were dislodged; cracking occurred in all walls and windows were broken and dislodged.

Work on a building such as Christ Church Cathedral is governed by State heritage legislation which invokes the principles of the ICOMOS “Burra Charter”. 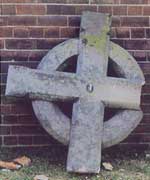 The aim of the repair and reinforcement work was to turn the building from a brittle to a ductile structure, able to resist future earthquakes, but using materials and techniques which were compatible with the expected long life of the building and not visually intrusive. After considerable research a system of building reinforcing developed in Europe was chosen as the only practicable option. The specially imported “Cintec” system was used to reinforce walls and piers, horizontally and vertically, with a total of over 3700 metres of high strength stainless steel bar being used. Some steel strengthening frames were also used where they cannot be readily seen, behind the parapets and in the tower. The project pioneered many building techniques in Australia. All the reinforcing was inserted in holes drilled in the brickwork and techniques were developed which allowed the holes to be drilled without cooling water, as the escaping water could have damaged other areas of the Cathedral. The horizontal reinforcing of the nave walls, at 32 metres long, was a world record for this type of work. 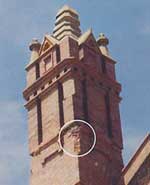 Work on the restoration of the Cathedral commenced in late July 1995. It was decided that, as well as repairing the earthquake damage, other necessary restoration and enhancements would be undertaken including: 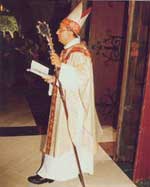 Friday, 31st January 1997, was the day for the Re-Hallowing of the Cathedral following the completion of the earthquake restoration. The day is significant for Newcastle Anglicans as it was on that day (31st January 1848) that the first Bishop of Newcastle, the Rt Rev’d William Tyrrell, was installed in the old Cathedral.